GST’s Impact On IT Services – A Bitter Pill, But Does It Cure?

GST’s Impact On IT Services – A Bitter Pill, But Does It Cure?

Sixteen years in the making, India finally rolled out the Goods and Services Tax (GST) on July 1, 2017. The full force of its impact on people and businesses remains to be seen. There has been significant debate and conjecture on the GST roll out, and Zinnov has taken a data-centric approach to assess the impact of GST on the technology industry. In the recent past, a slew of changes such as protectionist visa reforms, threat of automation, and falling margins, already has the 3.7 Million people-strong IT services industry with its back against the wall. Add GST into the mix, and the $155 Billion industry is in for a huge churn.

A Peek Into The Past

Previously, the Central Government levied excise duty on manufacturing of products. Then VAT was added by the state governments at the next point of sale, and at the subsequent levels progressively, which led to a cascading effect and bloated price of goods and services. GST, initially conceptualized as a single point of tax, is trying to counter this cascading effect.

Under the former taxation system, the IT services industry enjoyed a tax bracket of around 15 percent (including Swachh Bharat and Krishi Kalyan cess), which has shot up close to 18 – 20 percent in the post-GST times. But to understand why that is, let us look at the features and shortcomings of the old taxation mechanism in the IT services space, and how GST is changing the same.

The biggest shortcoming in the former taxation regime was the lack of clarity on the classification of software as goods or services. While the state governments classified software under goods, and levied VAT on it, the Central Government traditionally classified software as services, hence service tax was levied too. Often, IT Service Providers and software companies ended up paying both service tax (15%) and VAT (5%) on software. An additional excise duty was also charged on manufacturing of IT Products.

As per the GST Act, development, design, programming, customization, adaptation, upgradation, enhancement, and implementation of Information Technology software have been categorically classified as services. This clause eliminates any uncertainty as to whether software falls under goods or services, which is a welcome step for Service Providers.

Although the ambiguity in tax categorization for software services has been removed, the IT Service Providers are going to have to pay an additional 3 percent tax on software services as compared to 15 percent in the pre-GST era. Although electronic suppliers of software, who faced major confusion regarding VAT and service tax levied, are going to be relieved as tax for them goes down from 20 percent to 18 percent.

However, this difference in taxation pay-out will also vary based on the point of delivery of goods/services. Point of delivery here is the registered place of delivery of the service as per a clarification issued by NASSCOM. In case there are multiple points of delivery, a delivery hub will be identified and the taxation will be levied according to the GST applicable to the state the hub is located in. The other delivery centers will have to produce self-supply invoices to the delivery hub, where the final customer invoice is to be raised. 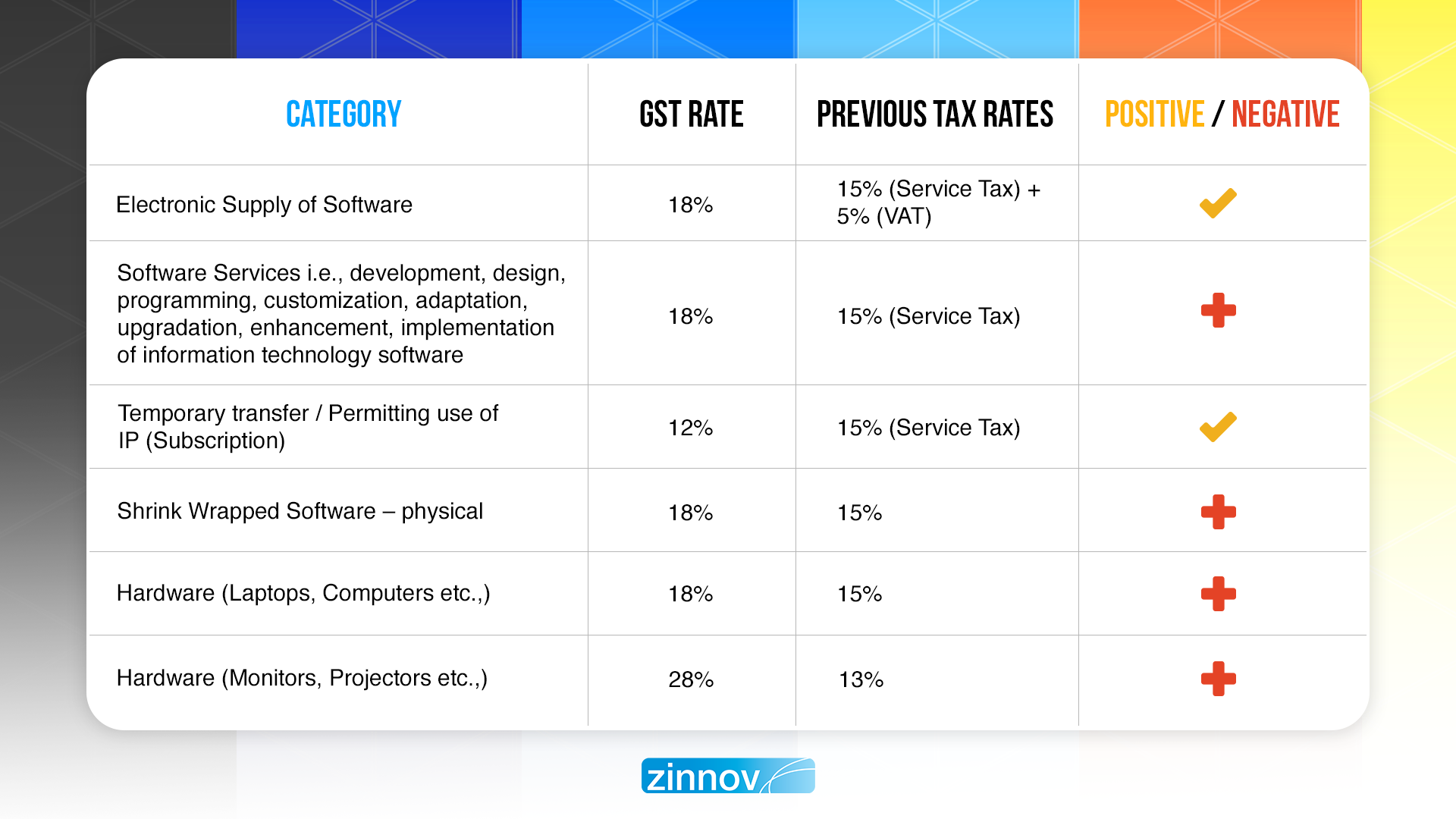 GST: A Can of Worms?

Under the former taxation regime, IT Service Providers who had a presence in multiple locations, paid the service tax compliance on a centralized basis from a single location. Since the introduction of GST, instead of paying service tax to a single jurisdictional service tax authority, IT Services companies are now required to pay GST (State GST, Central GST, IGST) to GST authorities across multiple states.

Under the previous tax regime, an IT Service Provider enjoyed the benefit of availing input service credits, issuing output invoices, discharging service tax liability as well as applying for refunds, all on a centralized basis. With GST, the taxation has become more complicated because of complex billing and invoicing provisions, as the ‘place of supply’ becomes vital. GST also requires the IT Service Providers to generate multiple invoices if services are delivered from different delivery centres of the organization.

To give you a perspective in numbers, GST has created a staggering 111 points of taxation. The new system requires Service Providers to register at a whopping 37 jurisdictions. As a result, the IT Service Providers will have to register themselves at all these 111 points of sales which is bound to become a compliance nightmare, and will surely give sleepless nights to their litigators. This can lead to a transfer pricing-like situation for intra-company supplies, which will require refunds, based on a report by industry body, NASSCOM.

Furthermore, if a supply is made from one IT center of a Service Provider to another center in a different state, IGST (Integrated Goods and Service Tax) will be levied on it. However, input credits can be availed for such taxes. This is bound to create a lot of process and documentation for the IT Service Providers to handle.

SEZ Benefits: A Thing of the Past?

Earlier, SEZs and companies operating from these SEZs had various exemptions available to them in the form of excise exemptions, IT exemptions, alternate tax exemptions, and central / sales tax exemption. This has changed under the GST regime. The government, as part of the GST roll-out, altered the provision of upfront exemption structure, and now the SEZ units need to pay these taxes and apply for refunds or provide a bond or a letter of undertaking to get the necessary exemptions later. This, added to the many other documentation requirements, will only create newer challenges for the Service Providers. Availing refunds may also prove to be a challenging task for the SEZ units, although, the GST council claims that they have significantly improved their refund mechanism and the refunds can now be credited within 7 working days of acknowledgement of the refund request.

Earlier, all goods and services provided from a unit operating from a Special Economic Zone (SEZ) to a business in Domestic Tariff Area (DTA) were considered as an import. So, custom duty and countervailing duty were levied on it. Under the GST regime, export of goods / supplies to and from an SEZ have been made zero-rated (that means no tax will be levied on such supplies), while custom duty and IGST on procurement of goods / services from outside India has also been exempted for SEZs.

Any output from an SEZ will be treated as a supply. There are three types of supplies from an SEZ: Taxable, Exempt, and Zero-rated. This categorization helps simplify the accounting structure. For supplies made by the SEZ, custom duty as well as GST will be paid by the end customer / consumer of those supplies.

Impact of GST will be two-pronged: Financial & Operational

As far as the financial aspects are concerned, GST will have successfully removed various redundancies and discrepancies that were prevalent in the previous tax structure. Policies like defined tax categorization of software, unified tax structure, exemptions and refunds to the SEZs, are going to be a boon for the Indian Service Providers and Global In-House Centres (GICs). On the other hand, increased tax on software services and shrink-wrapped software will hurt the Indian IT industry at a time when they’re already struggling with falling margins and slowing revenue growth.

Operationally, GST is creating many challenges for the IT Service Providers and the SEZ units, as it has added many a complex compliance and litigation layer to the system. This includes provision for multiple registrations for IT Service Providers and SEZ units. Policies like differential tax based on points of sale for IT Services will need a lot more effort from the IT Service companies to orchestrate and tweak their current billing and contract structures, and adopt to the newly introduced norms. IT Service Providers will also have the added burden of updating their IT systems relating to customer management and financial accounting to become compliant with the new GST regulations.

In principle, GST is structured as a bill aimed at financially uplifting the spirit of the slowing services industry. But on the ground, the bill is fusillading the IT Service Providers as well as the SEZ units with additional compliance and documentation burdens that have created more negative sentiments rendering the entire process ineffectual. The motive behind GST in services should have been to maximize ease of doing business for the services sector, which constitutes ~9.3% of the Indian GDP, which, at the current moment, seems a distant reality.

To ensure that this bill lives up to its promised potential, the Indian Services industry should work in close conjunction with Industry bodies and influencers. Focus should be on making GST successful, both financially and operationally. Some of the welcome changes that the GST council could look at are simplifying the multiple SEZ registration structure, reducing the tax on software services to counter the slowing Indian IT industry, and optimizing the provision for multiple points of taxation to minimize operational inefficiencies and avoid complex billing process.

If the GST Bill fulfils all the promises that it initially put forth, and can invigorate the services industry, there will be much to celebrate for the $ 155 Billion IT industry, and the 3.5 Million people dependent on it. But for now, it seems like a distant reality. 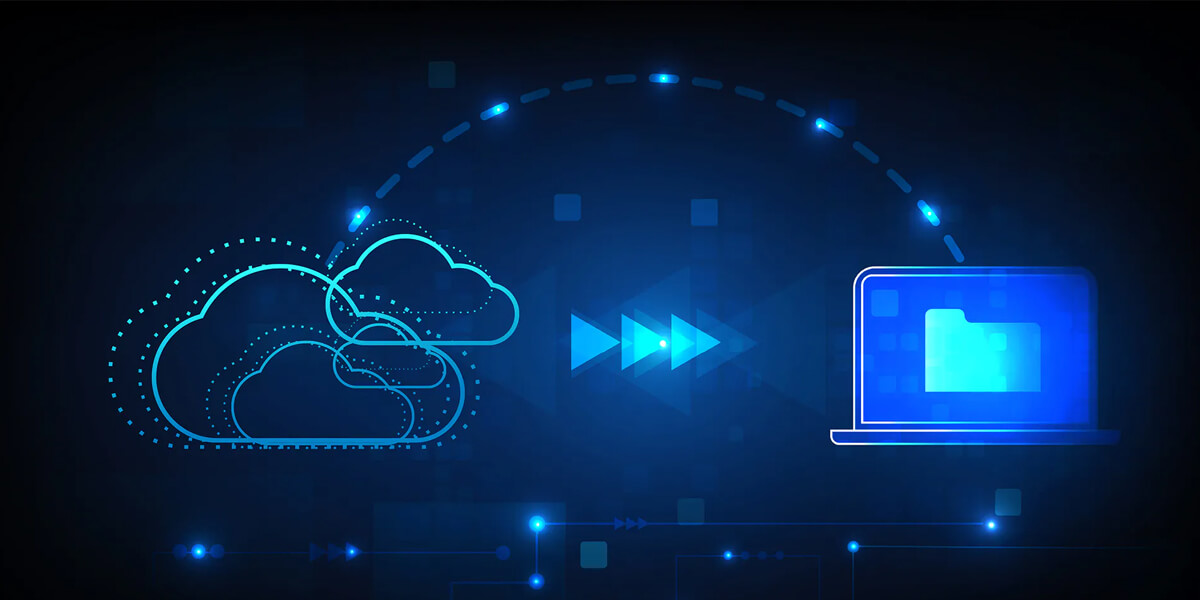 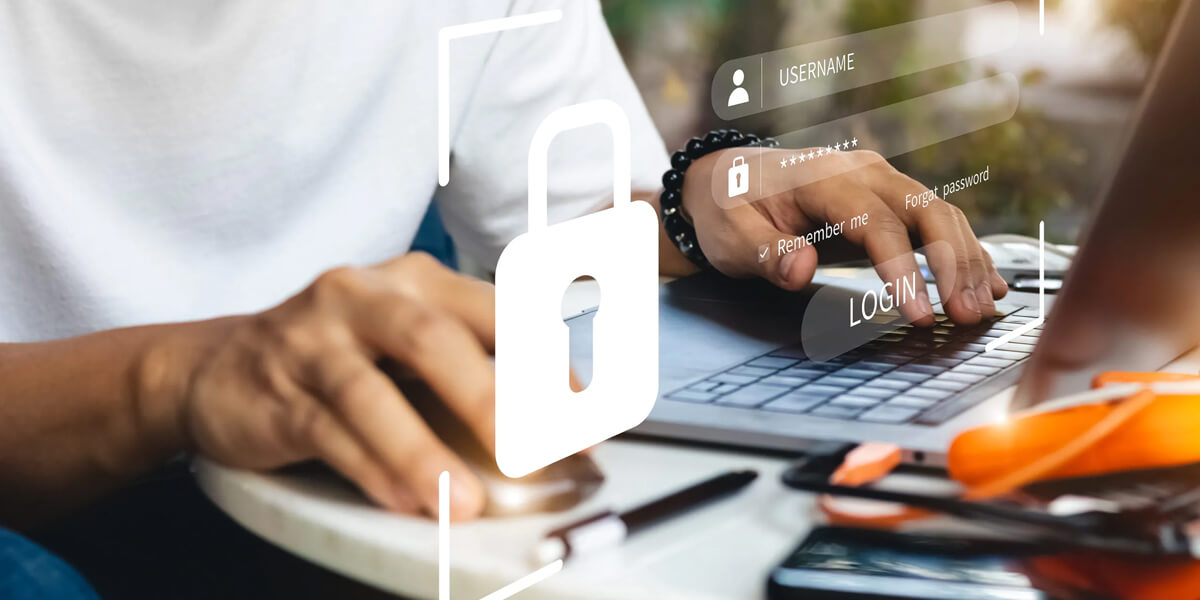