“Google is coming!” – The Game of Autonomous Cars

“Google is coming!” – The Game of Autonomous Cars

“Google is coming!” – The Automotive Industry has been hearing this since 2009, the year the Self Driving Car Project was announced. Autonomous Cars are the most discussed topic in the industry right now and we were curious about what is happening with the Self Driving Car Project. We pulled out some data from Zinnov’s Global Engineering Insights Platform (GEIP) and here’s what we found out:

Google has over 11,500 engineers out of Bay Area working on a wide range of products. Of this, a team of around 350 engineers under the Google X umbrella is the complete engineering team that is working on building the Self Driving Car. This team does not look like any regular Automotive R&D team — It is a mixture of software engineers, sensor systems engineers, UI/UX specialists, data scientists, machine learning, computer vision & deep learning experts who are all working on the “Autonomous” component of the Car. This team is primarily based out of Mountain View. The team is led by the CTO, Chris Urmson, a Robotics Scientist with a doctorate from CMU.

The Self Driving car is currently being tested in Bay Area, Kirkland and Metro Phoenix and has completed over 1.5 million miles.

Google has always been very clear that they will not become a manufacturing company. The Self-Driving car will replicate the same model as Google followed in its Nexus handsets where Google only owns the software and brand though the manufacturers are LG, HTC or Huawei. Even in Google’s self-driving car, nothing except the “Autonomous” component comes from Google. Every other part of the car and in fact, the car itself are from several traditional Automotive partners which includes Bosch, Continental & the recently announced, Fiat-Chrysler. Google is also setting up a testing facility in Michigan to stay close to its suppliers. The below illustration shows the various technology partners of Google’s Self-Driving Car: 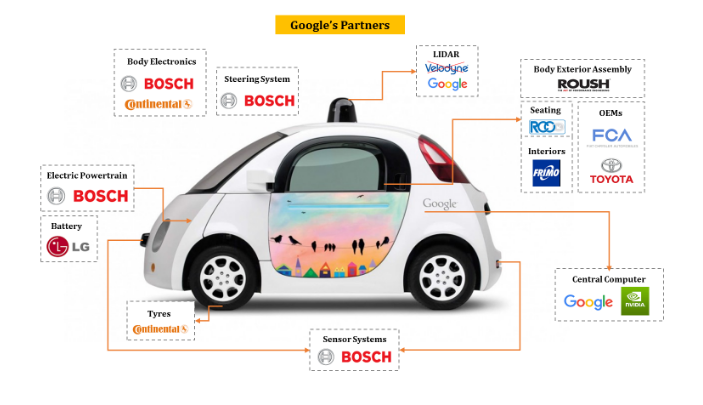 This is actually transforming the way the industry has been working — where generally, the OEMs are the final end customer facing entity. Now, with entry of firms like Google, there could be a transformation in this model. Here, Google becomes the end customer facing entity whereas the manufacturer of the Self-Driving Car — for example, FCA would become a supplier to Google.

With Google making big bets in this space, there are other Tech firms who have already jumped into the Automotive car race:

The Technology supplier landscape is also fast evolving with more than 200 start-ups in ADAS, Connected Car and Autonomous Technology space globally. These start-ups have received over 1 Billion USD funding till date.

This does not mean that the OEMs will be replaced by these Tech companies. The OEMs are also participating in the shift towards autonomous cars either by partnering with these Tech firms or by setting up their own Autonomous Technology teams. We populated some data from GEIP on where the Automotive companies are running their Autonomous Tech research and who their technology partners are: 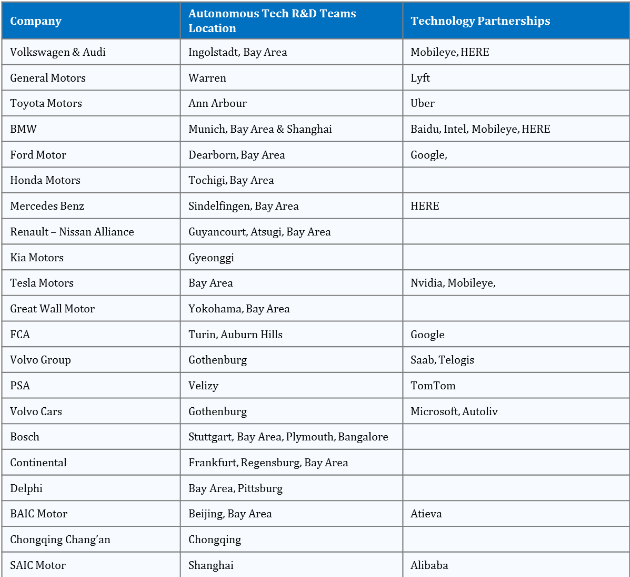 We are eager to wait and watch how the Game of Autonomous Cars would turn out to be in the next few years. 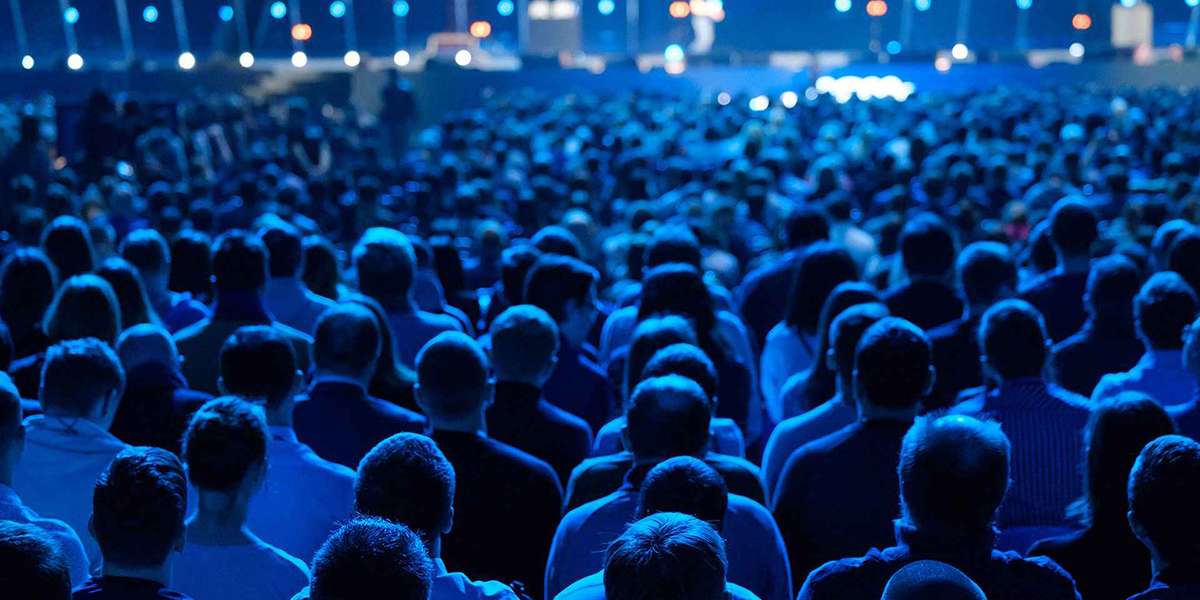